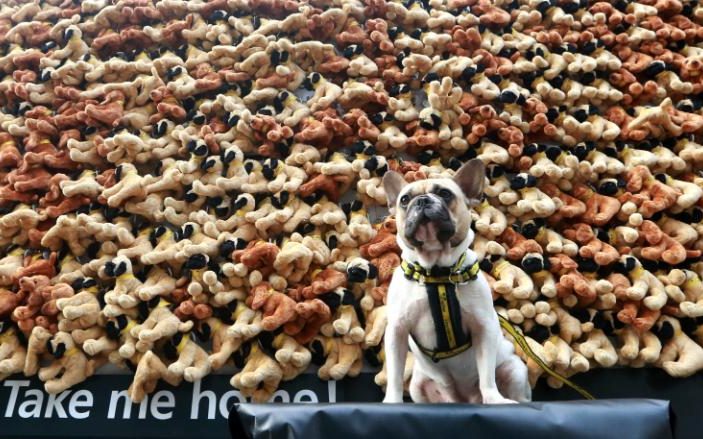 Puppies – How much is that doggie in the window?

Short noses, googly eyes and wrinkles have hit the news recently.  A selection of traits which, vets from the British Veterinary Association have said, are harmful to the dogs that carry them and the purses and emotional reserves of their owners.  Radio 5 Live and Radio 4′s You and Yours programme both covered the story and came to the House of Mutt to ask about our experiences of these brachycephalic breeds.

What I said, in between trying to stop the presenter goading the dogs into barking (‘for background noise’ – argh!) was that the short noses et al of the breeds under discussion (Bulldog, Pug, Cavalier Spaniel, Shitzu) were unhelpful and high maintenance but far more damaging to the dogs and to their owners’ pockets were bad breeders rather than the particular breeds themselves.  (Radio 5 Live Coverage; Radio 4 Coverage)

The Radio 5 Live presenter was going from here down to Essex to report on a case of two puppy farmers caught with a warehouse full of breeding bitches kept in appalling conditions, and with a network of ‘friends’ on their books who were happy to advertise as home-bred the puppies taken from the warehouse. (Later convicted, thankfully BBC News ).  Those are the kind of bastard (excuse the french) breeders who are damaging dogs’ lives.  And trying to con good-meaning folk like you or I into buying puppies that will have issues – whether those be behavioural or health. Or, most likely, both.

Interestingly  The Dogs Trust charity has recently initiated their own campaign to increase awareness of illegal puppy smuggling / farming.  They’ve set up a rather brilliant billboard in Shoreditch made up of hundreds of toy puppies each with a dog tag collar telling the  stories of a real smuggled dog.  Passers-by are invited to take one of the toy dogs home with them, and as they do some of the horrible truths behind the business are revealed underneath the fluff.  The full article makes for an interesting read … Illegal trade of designer dogs highlighted by charity

So how to avoid these bad breeders?  I’m increasingly being asked to find puppies for people –  because I speak the lingo and have contacts in the dog world.  And I’m very happy to help.  But if you’d rather do your own search, here’s my basic Top Ten list of how to go about finding a great pup: